The latest round of EPA regulations may mandate zero emission devices for well sites, but this issue can be addressed by a variety of automation solutions to meet those standards, while improving profitability.
Ben Fletcher / Emerson Automation Solutions

Government entities around the world are targeting greenhouse gas emission reductions in general, and they are particularly striving to eliminate methane emissions from natural gas-powered pneumatic controls at well sites. The author highlights the various methods that energy companies are using to address these rules, and his article suggest ideas for leveraging the upgrade opportunity to maximize production and improve the bottom line.

Many oil and gas well sites are located in very remote areas. The control requirements at the well head and early separation sites are not complicated, but they do require basic instruments and control valves, and these require a source of energy to operate. Since compressed air or electrical power is often not available, many companies have historically utilized pressurized natural gas to operate their pneumatic instruments and valves. This solution is simple and works reliably, but it has a significant downside.

Pneumatic controllers and control valve positioners bleed air constantly, and they vent a significant amount on every valve stroke. When natural gas is used instead of air as an actuation medium, it is emitted continuously in considerable quantities. As a result, pneumatic devices actuated by natural gas are commonly cited as one of the largest contributors to methane emissions in the oil and gas industry.

In response to this issue, both the U.S. and Canadian governments have passed regulations to curtail these types of methane emissions. The requirements of Canadian, U.S., and several U.S. state laws are shown in Table 1. “Low Bleed” instruments must bleed <6 SCFH of natural gas in normal operation. Zero Bleed requirements are often not well-defined in regulations, but they are generally understood to require intermittent venting only, or zero bleed at a steady state. These devices have a continuous bleed rate of zero but vent intermittently during valve operation. Zero Emission devices vent no natural gas at all.

More stringent emissions regulations are being finalized in many areas of the world. For example, the U.S. EPA hopes to reduce well pad and pipeline emissions from pneumatic devices to essentially zero, and they expect states to phase in those mandates in a relatively short timeframe.

The regulations might appear to be burdensome and expensive to implement, but there are significant saving opportunities to be gained if a company approaches these types of projects wisely. In fact, many large energy companies have realized the potential benefit and have already unleashed multi-million-dollar fast-track projects in response.

A single natural gas-powered pneumatic pressure controller and associated pneumatic control valve with positioner bleeds up to 80 SCFH of natural gas to the atmosphere annually, equating to approximately $1,400 of lost gas production each year per control loop. In addition, fines may be assessed in the future, adding more cost. Eliminating this natural gas bleed has an enormous positive impact on the environment, and it recovers a significant amount of natural gas production, particularly when there are many valves at a site. However, there are still more savings to be captured if a company approaches the instrument upgrade carefully.

EQT, the largest natural gas producer in the U.S., recently released a roadmap for implementing their wellsite instrument upgrade projects, and other companies can learn from their experience. Their approach considers three alternatives: installing air compressors to run the existing pneumatic instrumentation and valves, using nitrogen to run the existing instrumentation and valves, or replacing the instrumentation and valves with electric devices. The best option for any given well site usually depends upon the number of natural gas-powered devices, as well as the production rate of the well, Table 2. High production rates typically require each valve to stroke more often, so these types of wells tend to vent more methane in normal operation.

If a well has many devices or has a high production rate, the best option is usually to install an air compressor at the site and run the existing equipment on air instead of natural gas. This avoids replacing all the devices, but it does create a fairly large electrical load which must be furnished with local power if available, or by a generator if not.

If a well site has very low production or has very few devices, then installation of a nitrogen system may be a good option. This is cost-effective for small sites or older wells, which keeps the nitrogen usage low, while eliminating the need for significant electrical power.

Well sites with high production rates, new well sites, and well sites with relatively few devices are excellent candidates for electrification, with all pneumatic devices replaced with low-power, electrically-actuated instruments and valves. Small sites can be run on solar power or may require a relatively small backup generator to operate.

Benefits of electrification. Well electrification requires the replacement of all pneumatic devices, so the initial cost can be high. However, electrification enables improved control strategies, allows remote monitoring and control, and provides improved diagnostics to quickly identify and resolve problems.

The cost for pneumatic control valve upgrades can be mitigated by replacing existing on/off and control valve actuators with low-cost, low-power consumption electric actuators developed specifically for use in the oil and gas industry, Fig. 1. These actuators only require low voltage (12V and/or 24V) and low current, yet they provide reliable control and diagnostics. Electric valves, combined with electronic instruments, enable advanced control strategies that are not easily implemented with pneumatic instruments. This improved control results in more efficient operations. 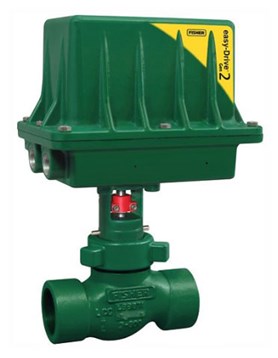 Fig. 1. Electrically operated valves can be retrofitted into many existing valve applications.

A significant opportunity for emissions reduction can be found in level control for oil separators, a simple piece of equipment used to split well fluids into gas, oil and water, Fig. 2. A typical oil separator receives a liquid/vapor mixture and utilizes gravity and weirs to separate the gas (which flows out the top), from the water (which flows out the bottom), from the oil (which overflows the weir and flows downstream for further processing). 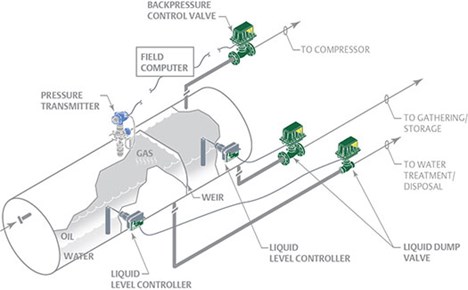 Control of the oil/water interface, as well as the oil level behind the weir, is critical for overall performance. A traditional, pneumatically-controlled separator uses pneumatic devices to measure the level of the water, the oil/water interface, and the pressure in the vessel. The level control valve and backpressure control valve may have pneumatic transducers or positioners, with each powered by natural gas. Each of these devices constantly bleeds natural gas, and the valve actuators exhaust natural gas each time they are cycled.

Electric control allows for the elimination of emissions from all these sources. Electric measurement devices can replace the pneumatic devices, which can be connected to a field controller, or in some cases directly to the control valves. Electric control valves do not require the use of transducers or positioners, and they can act on a variety of received control signals. The valves can be programmed to open and close at varying levels, and to operate continuously between levels. This results in effective level and pressure control, without bleeding or exhausting methane.

Many aging wells require enhanced recovery methods to help raise the liquids and natural gas to the surface. Typical methods include gas lift (which uses pressurized natural gas to help push the liquids up the well), plunger lift (which uses a plunger to clear liquids from a well allowing gas flow), and rod pumps (which physically pump the fluids to the service). Each of these methods can benefit significantly from advanced control strategies enabled by well electrification.

Gas lift can increase production, but the improved yield comes at the cost of compressing and injecting natural gas, Fig. 3. Too little gas injection reduces production, and too much gas injection wastes energy and can reduce oil production. If pneumatic controls are used for gas lift, the gas flow is typically adjusted on initial system commissioning and left unchanged. Electronic controls and control valves allow the system to automatically adjust gas flow as conditions change, maximizing production. 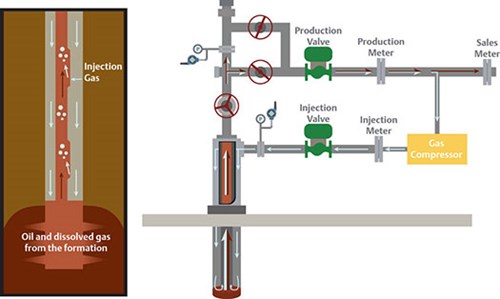 Fig. 3. Gas lift injects natural gas at the base of the well to help push fluids to the surface. Electronic controls and valves enable more advanced automation schemes to maximize production, while minimizing natural gas usage.

Plunger lift is an advanced recovery method, often used on aging gas wells that tend to plug with well liquids when they pool at the bottom of the well and block gas flow. There are several methods of plunger lift, but all employ some type of plunger to help push the liquids up the well. Fig. 4. 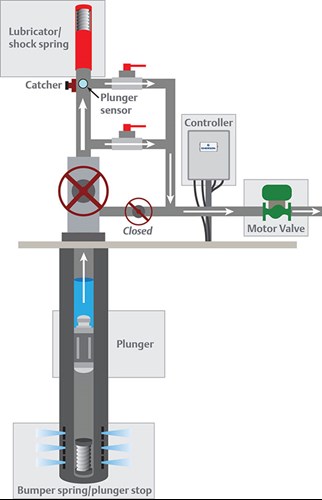 The plunger cycle starts by releasing the plunger and letting it fall to the bottom of the well. The blocked well slowly builds pressure, and when the pressure is high enough, a control valve at the surface is opened. The resulting surge of gas flow pushes the plunger to the surface, driving the liquid before it. Eventually the plunger reaches the surface, where it is trapped and held until the next purge cycle is required. Well electrification enables automatic control of the purge cycles and tight control of the resulting surge flow, which can overwhelm the gas flowmeter and understate production when poorly controlled. These advanced controls save about $85,000 a year on an average well.

Rod lift is another enhanced recovery method that uses the ubiquitous “nodding donkey” downhole pump to push liquids to the surface, Fig. 5. Rod lift works well when the well gas pressure is high enough to flow up the annulus, but not high enough to push the liquids. Other flow conditions can cause “flumping,” with the gas flow vapor locking the pump, reducing pump efficiency and production. Electronic controls and valves maintain enough backpressure on the well to maximize gas flow while maintaining liquid production. The elimination of flumping on a 250-bpd well can generate approximately $2,000/day in increased production. 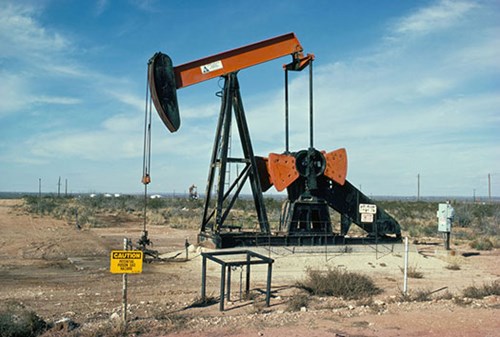 Fig. 5. A rod lift well can experience reduced production due to flumping. Electronic automation and control valves can maintain accurate backpressure on the well, maximizing oil and gas flow.

Opportunities to eliminate methane emissions from valve instrumentation abound on a well pad, including pneumatically-operated wellhead choke valves and emergency shutdown valves, improved separator controls, and gas lift injection valves. Several energy companies are rapidly implementing these and other well pad instrument upgrades to get ahead of the regulations, and to take advantage of the improved production and cost-savings that can be achieved.

EQT announced a $20-million project to replace 9,000 well instruments over the next two years. This effort is expected to reduce the company’s methane emission intensity by 65%. Chesapeake Energy is investing $30 million to replace 19,000 well instruments in a similar two-year period. That project will reduce reported greenhouse gas emissions by 40% and methane emissions by 80%. Other energy companies have announced similar upgrade projects, with comparable emission reductions.

Less publicized are the potential increases in production, along with reductions in labor and maintenance costs, achievable with a well-planned upgrade. Well electrification can have a higher initial cost than other options—but  improvements in automation, the ability to remotely monitor and control a well site, and  available advanced diagnostics—can yield savings for years to come. 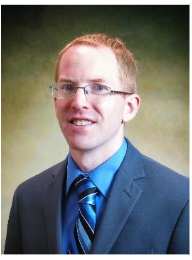 Ben Fletcher
Emerson Automation Solutions
Ben Fletcher BEN FLETCHER is manager of oil and gas industries at Emerson for Fisher control valves. He is responsible for sales development and application support for oil and gas production, processing, transportation and LNG. Mr. Fletcher has been with Emerson for 13 years and has held previous roles in engineering and product management. He holds a BSME degree from Iowa State University.
Related Articles FROM THE ARCHIVE