The concept of nanobubbles was not proposed until 1994, to explain the underpredicted attractive forces observed between hydrophobic surfaces in water. Their existence in a solution, or even if that were accepted, their ability to maintain their size and suspension in a solution, has been the subject of controversy and considerable experimentation.
Leonard Kalfayan / Contributing Editor

Tiny bubbles
In the wine
Make me feel happy
Ah, they make me feel fine

There are more lyrics, of course, but this is a sufficient sampling of Ho’s signature piece. However, and with all due respect to the iconic Hawaiian vocalist, he wasn’t singing about the tiniest of bubbles—bubbles that are too small to be seen in wine or in anything else—nanobubbles! But to be fair, he couldn’t have known about, or even imagined, nano-sized bubbles. The concept of nanobubbles was not proposed until 1994, to explain the underpredicted attractive forces observed between hydrophobic surfaces in water.1 Their existence in a solution, or even if that were accepted, their ability to maintain their size and suspension in a solution, has been the subject of controversy and considerable experimentation.

But for our purposes, let’s assume that nanobubbles do exist and remain stable in a solution. There is more than enough evidence now to support these notions—including in downhole oil and gas well temperature and pressure conditions. With that, oilfield applications for nanobubbles, especially in production enhancement, should be of interest.

In theory, if not in practice, nanobubbles can be generated with any gas in any liquid. Beyond experimental studies, actual applications to date have mostly been nanobubbles of oxygen (or air) in water. Water containing nanobubbles is already used in many biological and medical applications. Nanobubbles increase the efficiency of drug and gene delivery. Water containing oxygen nanobubbles is used in wastewater treatment, to promote the growth of plants and animals, and as a cure for diseases caused by anaerobic bacteria, since oxygen nanobubbles have a sterilizing and oxidizing effect. When stimulated, the nanobubbles collapse, releasing the hydroxyl free radical—an extremely strong oxidizer which can destroy pathogens and pollutants, including bacteria in water.

So, why should we in the production world be interested in nanobubbles? The reason is because of their unique properties, compared to “normal” bubbles, and how they can be utilized in a variety of potential “chemical-free,” safe and environmentally sound oilfield applications, including in production enhancement.

Among the unique properties of nanobubbles are these:

Lack of buoyancy. Because of their tiny size, nanobubbles lack enough buoyancy to rise to the surface. They, instead, are in Brownian motion, remaining suspended and active in solution.

Surface tension reduction. Nanobubbles reduce the surface tension of liquids, which suggests they can be an effective, “chemical-free” replacement for surfactants—for example, in oil recovery applications.

A company making strides with nanobubble technology in the oil field is Moleaer, which owns intellectual property related to nanobubble generation methodology. They have developed nanobubble generators that can saturate water (or other liquids) with nanobubbles from small- to large-scale and at high-volume injection rates. Commercial applications of nanobubbles in lake and pond algae control, and in soil enrichment for improved crop growth and quality, among other special agricultural and water treatment uses and applications, are already in practice by Moleaer.

In the oil field, Moleaer has proven the effectiveness of nanobubbles for oil/water separation and produced water treatment for hydraulic fracturing. Now, in conjunction with oil and gas operators, Moleaer is delving into the application of nanobubbles to restimulate existing wells completed in unconventional formations and to increase oil recovery from new well completions.

There are surely more potential applications of nanobubbles—with different gases and in both aqueous and hydrocarbon liquids. The greater the imagination, the greater the possibilities.

LEONARD KALFAYAN is recently retired, following over 13 years with Hess as Principal Advisor, Production Enhancement, and Head of Production Engineering and Stimulation. He has 42 years of global experience in the oil, gas and geothermal industries, primarily in production enhancement, new technology development and implementation, technical support and business development. Prior to joining Hess in 2009, he worked for Unocal, BJ Services, and as an industry consultant. He is a past SPE Distinguished Lecturer and SPE Distinguished Member. He has authored over 30 SPE and other journal publications and holds 13 U.S. patents. He also is the author of the book Production Enhancement with Acid Stimulation (in its 2nd edition), co-author of the book The Energy Imperative, and co-editor of the SPE Monograph: Acid Stimulation. 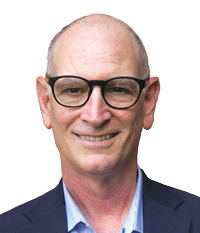 Leonard Kalfayan
Contributing Editor
Leonard Kalfayan has 42 years of oil, gas and geothermal experience. He has worked for Hess, BJ Services, Unocal, and as a consultant. He is an SPE Distinguished Lecturer and Distinguished Member. He has authored numerous publications, and also holds 13 U.S. patents.
Related Articles FROM THE ARCHIVE