In an exclusive interview, Energy NL’s Charlene Johnson talks about the fortunate turn of events that has transformed the outlook for East Canada’s offshore activity.

Back at this time last year, the outlook for oil and gas activity offshore Newfoundland and Labrador was looking grim. The Covid pandemic during 2020 and part of 2021 had collapsed activity in the region. Work on the Husky/Cenovus West White Rose development project had been halted, approval of the environmental impact assessment for Equinor’s proposed Bay du Nord development was in doubt, Suncor was contemplating a complete closure of Terra Nova field and its FPSO, and exploration drilling was slowing to a crawl.

Energy NL CEO CHARLENE JOHNSON stands at the front of the Newfoundland and Labrador exhibit during OTC in Houston, in early May

The first glimmer of hope was when Suncor, last September, received C$205 million from the provincial government, formed a new ownership group, and approved a plan to extend the life of the Terra Nova FPSO for 10 years. Then, after two delays, approval of the Bay du Nord environmental impact assessment came during April from the federal government in Canada. Following quickly behind that news was the announcement by Cenovus in late May that the West White Rose project would be restarted. And topping off the good news are plans by several operators for exploration wells during 2022 and/or 2023.

To get some perspective on how all this has happened, World Oil’s Editor-in-Chief, Kurt Abraham, sat down with Energy NL CEO Charlene Johnson during her visit to OTC and then obtained updates on a couple of items since then.

World Oil (WO): All of you in Newfoundland and Labrador
must be highly relieved, at this point, after getting the news that the environmental assessment
for the Bay du Nord project had been approved. That’s got to be a huge relief.

Charlene Johnson (CJ): Yes, it’s a relief for so many of our members and employees that work in the sector. But I think how I would describe it is “excited.” I have always believed that this project was going to receive environmental assessment approval. And while it took more time than I had hoped, I just always knew [that it would be approved]. I always felt that it was going to be approved, because you have a solid process in place, in Canada. And if the process was followed, then the project would be approved.

You also had a solid project. This project is going to be the lowest carbon intensity oil project in Canada; one of the lowest in the world. So, it was just confidence in the process, confidence in the project. So, while for many of us it’s a relief, for me it’s excitement about the future for our members, and for our province, too. And, this project was critical to everything else, all future development that was going to happen in our offshore. I can’t speak for operators. I don’t know what they would have done with their exploration programs, but if you can’t develop what you’ve found, why would you go looking for more? Why would companies go exploring for more? So, “critical” understates how important this was—it was a pivotal moment for our industry. 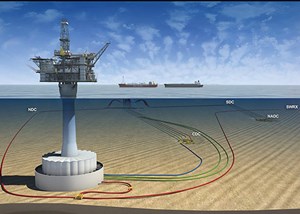 Fig. 1. Now that Cenovus has re-started the West White Rose project, featuring a concrete GBS, first oil from the platform is now anticipated for first-half 2026, with peak output by the end of 2029. Image: Cenovus.

And now we have Equinor drilling two wells this year. ExxonMobil’s drilling this year, and Qatar Energy is a partner in that well on the Hampden license. Drilling at Hibernia field is also supposed to resume. So, a lot of great things are happening, and it was great to see that Minister [of Environment and Climate Change Steven] Guilbeault got to that place (on Bay du Nord). The Impact Assessment Agency (IAA), had already signed off for [the operator] to do this work. It was August 2021, I believe, when they recommended that the project be approved. And everybody was nervous, anxious, and nobody likes delays. But, Minister Gilbeault was a new minister, so we respected that he needed that time, and we’re just really pleased to see that he ended up in the same spot that the IAA was at, where we were at, and now we can move on and see prosperity for our province.

WO: As regards West White Rose (Fig. 1), you finally got a re-start announcement from Cenovus on May 31st, which was after OTC but before your annual conference. I wanted to follow up, to ask you what does this mean to the province and its industry?

CJ: I had hoped that it would occur before our annual conference, so it made for an even better event. The energy that was in the room with Bay du Nord and West White Rose both announced was amazing. And that’s a project that’s in rural Newfoundland and Labrador. It’s an hour-and-a-half outside the city. At peak, there’s 1,200 to 1,400 people working in that rural area at Argentia. It’s the image of the lesson you learn in economics about the multiplier effect—that’s the image of it right there. The hotels are doing better, the restaurants are doing better. People are driving back and forth, using the convenience stores, the gas stations. People have more disposable income, they’re spending more money touring around the province. It just makes the economy churn.

The last few years have been really, really tough and, I thought, because this was going on so long, that it would take a long time to recover. But it’s happening so fast. Four weeks before OTC, we were wondering what the future would be like, and now it’s full steam ahead.

WO: What is the status of some of the other fields and additional work originally scheduled? 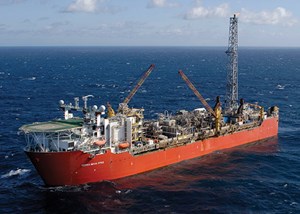 Fig. 2. The Terra Nova FPSO underwent maintenance work in late 2021, prior to sailing to dry dock in Ferrol, Spain. A safe return to operations is anticipated before the end of 2022.

CJ: So, Exxon has said that it expects Hibernia to be drilling again in Q3, so maybe that will happen in the fall. Suncor’s Terra Nova FPSO (Fig. 2) will be back in our waters, in the fall, and a little bit more work will need to be done until it’s back in production, in December. So, that’s 10 more years of work for our companies there.

So, with exploration occurring and a production facility returning, there are many opportunities for our members during the operations phases. You’ve got helicopters, vessels and maintenance companies, fire and emergency services, and health care.

And then you have other exploration projects on the horizon. BP seems very enthusiastic about our offshore. When Pamela Keenan, president of bp Canada, was in St. John’s in April, she informed us they were opening an office in St. John’s. You’ve heard her mention what they’re planning on doing in our offshore. They’re sitting on one of the largest prospects in our offshore, locally called Cape Freels and known within bp as Ephesus.

But if it’s oil, it’s expected to be the size of Marlim field offshore Brazil, which is about 2.8 Bbbl. And, it’s either oil, gas or water. As we know, two out of three ain’t bad, when you’re talking about that quantity. But if it’s oil, it has the potential for four FPSOs in one area. For context, we have three operating facilities now, and Suncor’s going to be back in during December. So, we’ll have four operating facilities across (our province’s existing fields). This one field could have four FPSOs. So, we’re very excited about BP’s activity.

And BHP, they’ve been going through their merger with Woodside that was just completed, so we haven’t been hearing a whole lot, but the plan has been to drill in 2023, as well. And they bid the highest amount of money for any parcel of land offshore in our history—$621 million. So, we’re excited for that prospect. And having new entrants with access to a good amount of capital resources, we’re excited about that, as well.

And then, of course, West White Rose, and then the two wells with Equinor this year, to see if Bay du Nord (Fig. 3) can be even bigger. So, that’s a lot happening, and that’s the oil and gas side. But as you know, we changed our mandate on March 22nd to Energy NL, so we’re getting more informed on offshore wind and opportunities for our members, probably along the northeast of the U.S. and beyond. And a lot of private companies are interested in developing onshore wind in our province. For us, it’s just about value proposition for our members. The more business opportunities we can bring them, and facilitate bringing people and companies together, and matching companies to find opportunities, it’s just a brighter outlook, for sure. 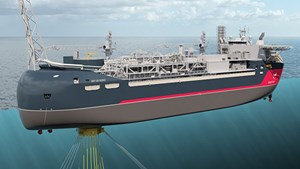 Fig. 3. Equinor is working toward an FID for the Bay du Nord field development offshore NL, which will feature a custom-built FPSO that can handle tie-backs from additional discoveries. Image: Copyright, Equinor.

WO: What is your assessment of the health of NL’s equipment and service sector?

CJ: It’s been a tough couple of years, but we’ve weathered the storm. One thing about Newfoundlanders and Labradorians, we’re very resilient people. And through the tough times…well, we didn’t even think outside of the box; there was no box. And so, they just found ways to work with the operators and Tier 1s, to be creative and keep things going, even though it was a difficult time. And, certainly, the support from the federal government in terms of wage subsidies, grant subsidies, helped keep staff on. And the C$320 million from the federal government really helped Suncor (Terra Nova) and Cenovus (West White Rose) to keep those projects warm, to keep the refinery warm. So, that certainly helped, but resilience and creativity is what got them (the companies) through, and they’re ready. In terms of the capabilities of our supply chain, it is really remarkable.

WO: On the seismic front, there’s been a pause by the province this year. What’s the outlook for the NL government-funded seismic project in the future?

CJ: We’re hopeful it will return. The premier (Andrew Furey) and Minister Parsons (provincial Minister of Industry, Energy and Technology) did stress that it was a pause for now. They explained that they have a backlog of data to go through, and that there was enough for some upcoming bid rounds. To be frank, it happened on Jan. 6 that it got put on hold, and then we just went into high gear on advocacy and education about Bay du Nord, and we had to have that project. It’s not to say that seismic wouldn’t matter, but Bay du Nord became the top priority priority in the short run.

So, we certainly will be continuing the conversation on seismic in the future. TGS and PGS have spent a combined C$500 million in our offshore over the last decade. It’s why we have the C$4 billion in bids that we’ve had over the last six years, because the province strategically mapped out where they were going to survey these parcels. So, we’re really hopeful that it will come back.