Oil and gas in the capitals: The new realities of energy markets

The year 2021 witnessed unprecedented development in the energy markets. Such events were contrary to conventional wisdom and have ramifications for the oil markets, for years to come.
Dr. Anas F. Alhajji / World Oil

The year 2021 witnessed unprecedented development in the energy markets. Such events were contrary to conventional wisdom and have ramifications for the oil markets, for years to come.

The first unprecedented event was the unwillingness of OPEC+ members with spare capacity, mainly Saudi Arabia and the United Arab Emirates (UAE), to increase crude oil production above quota, and take market share from other OPEC+ members. This respecting of the quotas and market shares of others is not only new, but it also constitutes a change in market structure. 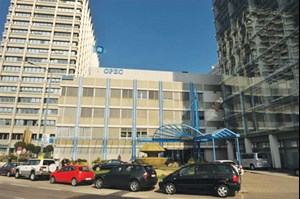 Fig. 1. The periodic failure of some OPEC members to raise oil production, after meetings in Vienna, is not due to lack of spare capacity but more a situation of “willingness” to increase output. Image: OPEC.

OPEC+ has agreed to increase its production ceiling by 400,000 bopd every month since last year. But OPEC+, until now, has not reached that ceiling. Many countries were not able to increase production. Those who could, limited their increases to their quotas. Such behavior raised concerns among certain trading circles that OPEC is running out of spare capacity. These concerns, at least for 2022, ignore the change in behavior. It is about “willingness,” not “ability,” Fig. 1. There is more than enough capacity to meet oil demand in 2022—new projects outside OPEC, in addition to spare capacity in some Middle Eastern countries. They also ignore the fact that demand includes all liquids, while OPEC production is only crude.

However, lack of E&P investment and spare capacity, in 2023 and thereafter, might lead to shortages, and hence, changes in consumer demand and changes in the polices of the oil-consuming countries. These shortages might lead to a severe global energy crisis, if green policies fail to deliver the intended transition. In this case, demand will rise above forecasted levels, while there is nothing that can be done to reduce supply shortages. The news of a rise in demand, accompanied by supply shortages, will be so sudden that it will exacerbate the situation.

The second unpresented event was the role of China, which upended the oil market structure through the use of Strategic Petroleum Reserve (SPR) and oil and import quotas to influence oil prices. Given the size of China’s oil imports and its SPR, the country changed the market structure from “oligopoly,” where few producers influence the market, to “oligopsony,” where one consumer or a few consumers have power in a market that has few producers, who influence the market. The only reason oil prices did not reach $100/bbl in 2021 was the extensive use of China’s SPR to influence oil prices. While China’s consumption did not decline much, its oil imports declined because of the use of the SPR.

The difference between the impact of the U.S. SPR and China’s SPR is that in the U.S., the SPR must be used in cases of emergencies, while no such regulations exist in China. While the U.S. SPR cannot be used to manipulate prices, China can do so freely, although the Biden administration broke that role and did announce an SPR release of 50 MMbbl to reduce prices. Another difference is that the U.S. can only offer oil from the SPR—the government cannot force anyone to buy it. On the other hand, the Chinese government can use the SPR as a policy tool and force refiners and others to buy it. The fact that oil imports declined illustrate the effectiveness of China’s SPR policy.

The third unprecedented event was the proactive role that oil producers, especially in the Middle East, played in climate negotiations. Not only did they embrace renewable energy and carbon neutrality, they also were able to change the texts of the agreements on climate change in the G20 meeting in Rome, and the COP26 session in Glasgow.

The fourth unprecedented event was the failure of green policies in Europe and the return to use of coal and oil in power generation. Green energy policies promised steady supplies of electricity at reduced and, in some cases, ever-decreasing electricity prices. They ended up with power shortages, bankruptcies of utilities, record energy prices, and the world’s highest electricity prices. These issues confirmed the stand of Middle Eastern oil producers at COP26, and also confirmed the views of China and India.

Related to the last event, one cannot ignore the high cost that some countries paid for shifting from long-term contracts to spot markets, especially in natural gas and LNG. Such a switch raised prices to record highs.

Lessons learned. One would hope that energy producers and consumers would learn several lessons from these unprecedented events. First, long-term contracts provide a balance between cost and security of supplies. Second, switching to spot markets means increased volatility and high costs at times, accompanied by shortages. Third, mitigating climate change requires a balance between energy security and environmental security. Last, cherry-picking energy sources will lead to both energy and environmental crises. The new realities of energy markets