From 4IR to hydrogen: How technology can accelerate the move toward low-carbon economies

While the upstream industry is changing, the world continues to demand large quantities of affordable energy. Balancing the delivery of this energy, while reducing and removing emissions, is a challenge that the industry can deliver on.
Ashraf Al Tahini / Saudi Aramco

As the world increases efforts to address climate change, technologies that either reduce carbon emissions or remove them from the atmosphere have a crucial role to play. An increasing number of countries and companies are outlining ambitious targets to reduce and eliminate carbon emissions, but it is also clear that hydrocarbons have a vital contribution to make. 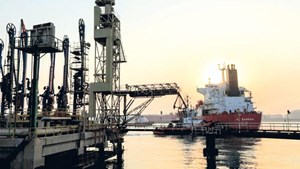 Fig. 1. Symbolized by this Saudi-flagged LPG export tanker, conventional fuels will still be powering many economies for decades to come. Image: Saudi Aramco.

A balanced approach. At Aramco, we believe that oil and gas will still play a significant role beyond 2050, whether to address expanding primary energy demand in growth economies, or to address the demand for materials derived from hydrocarbons to support the significant infrastructure expansion that will be required—including materials needed to support expansion of renewable power generation. It is unrealistic to expect all countries to transition to alternative forms of energy at the same pace, hence conventional fuels will still be powering many economies for decades to come, Fig. 1.

So, a balanced approach, in which hydrocarbons are regarded as part of the solution—along with alternatives, such as renewables, nuclear power and electric transport—is essential. Failure to grasp the ongoing importance of hydrocarbons, and their role in this transition, could have serious consequences—for those in the developing world with the least economic resources and often fewer viable energy alternatives, as well as the developed world, where an over-dependence on renewables could impact energy supplies.

When considering the move toward low-carbon economies, the global community needs a full grasp of lifecycle analysis and energy baseloads. Policies for a lower-emission future should focus not only on the challenges of tomorrow, but also those of today. In Saudi Arabia, for example, a Circular Carbon Economy (CCE) framework has been adopted to promote a holistic and inclusive approach to managing emissions by reducing, reusing, recycling and removing CO2 emissions (the four Rs).

Building on existing know-how. The oil and gas industry is uniquely positioned to effectively drive this approach by promoting high-impact CCE initiatives, and making use of its long-standing heritage and capacity in relevant technologies and sectors. A broad range of highly promising developments in our industry—from Carbon Capture, Utilization and Storage (CCUS) to the production of zero-carbon hydrogen—demonstrate how the oil and gas industry can contribute to reducing and removing emissions on an industrial and cost-effective scale. Aramco was the first  to demonstrate that shipping blue hydrogen, in the form of blue ammonia, was possible.

Aramco is dedicated to advancing its understanding and capabilities to address complex challenges and environments. We manage and invest in a comprehensive portfolio of sustainability technologies. Some help us to further advance our low-carbon leadership in upstream, some are amplifying solutions and business opportunities in downstream, and others are helping accelerate breakthrough solutions in low-carbon energy sources.

More investment to reduce emissions. But investment in research and development is key, if we are to identify new opportunities for emissions reduction. For instance, Aramco’s scientists are not only looking at ways to further reduce emissions associated with our operations, but also those associated with the use of our products in the transportation sector. They are identifying ways to use captured CO2 to improve existing materials, for example in strengthening cement. In addition, captured CO2 can be converted into useful materials, such as foams and polymers used in oilfield applications. And our ability to capture CO2, and store or reuse it, paves the way for low-carbon hydrogen as a fuel of the future—particularly in sectors that are difficult to decarbonize.

“We are focusing on how we can continually improve our leadership in low-carbon upstream intensity, advance low-carbon solutions downstream and help our customers reduce their emissions”–Ahmad Al-Khowaiter, Chief Technology Officer, Aramco

Ongoing investments, coupled with our sustainable reservoir management strategies, have enabled Aramco to maintain a lower upstream carbon intensity than all other major oil producers. However, we are committed to doing more through in-house development, external partnerships and ambitious environmental programs.

4IR technologies. Our investments are also contributing to advances in cutting-edge Fourth Industrial Revolution (4IR) technologies, which are reshaping the way we operate. These include Artificial Intelligence, Remote Sensing, Internet of Things and Data Analytics. Aramco is pioneering the deployment of such technologies across its operations, including key upstream facilities. Now, Aramco’s scientists are working on a portfolio of solutions that harness 4IR to support the Circular Carbon Economy initiative.

Some examples of our 4IR solutions include Drilling At The Edge (DATE), a platform utilizing IoT and robotics to digitize and optimize various drilling activities on the rig site. It consists of several sensors and functions that enhance safety and efficiency of drilling operations. Another 4IR-based drilling technology is the Rate of Penetration (ROP) optimization system, which studies geological and historical data from offset wells and gives recommendations in real time to improve the drilling ROP. Within the production technology domain, we are developing Sensor Balls, a small portable device used for production logging that can replace the bulky, expensive, and time-consuming wireline P&T logging. Meanwhile, the recently developed Virtual Flow Meter (VFM) provides a data-driven source to estimate multiphase flowrates, without requiring a physical meter. Such efficiency improvements translate into better well performance, lower costs and a reduced carbon footprint. 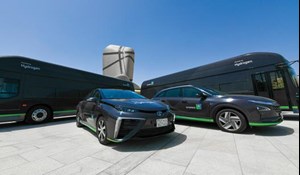 Fig. 2. Hydrogen-powered vehicles are a significant step toward development of a hydrogen economy. Image: Saudi Aramco.

Developing hydrogen. There is no single solution to climate change. A diverse energy mix will be necessary to achieve climate goals, while ensuring fair and equal access to energy supplies. And that mix will almost certainly include hydrogen, which is building significant momentum globally. It has many advantages, one of them being that it only produces water when it is combusted—not CO2.

The development of a hydrogen economy would be significant for the transition toward a low-carbon energy future, Fig. 2. That is why Aramco has launched a new R&D initiative focused on hydrogen and upstream operations. Areas of interest include novel technologies for hydrogen production, storage and transportation. Particularly, in-situ generation of hydrogen from oil and gas reservoirs, storage of hydrogen in subterranean reservoirs, conversion of hydrogen sulfide to hydrogen gas and enriching natural gas with hydrogen during transport.

When it comes to hydrogen storage, we are evaluating how to store large quantities of hydrogen. Surface storage of hydrogen will be expensive, due to intense power and material requirements, so underground or subsurface storage will be necessary—especially in areas of high energy demand.

I’m particularly interested in the direct conversion of toxic H2S to hydrogen. If this can be accomplished, it will open up a new stream of hydrogen—and there are several undeveloped hydrocarbon reservoirs with ultra-high H2S content around the world, which have not been explored, due to concerns about safety and the corrosiveness of H2S.

And at Aramco, we are enthusiastic about blue hydrogen—produced from hydrocarbon feed, primarily natural gas, in which CO2 emissions are captured and either stored or reused. I expect this to be an important component in the transition to a hydrogen economy, with demand expected to grow significantly in the coming decades.

So, while the world faces a daunting climate challenge, I strongly believe the problem is solvable—especially given the bright young professionals who are motivated to carry on such challenges and have the time and resources to address it during their career. And while our industry is changing, the world continues to demand large quantities of affordable energy. Balancing the goals of delivering this energy while reducing and removing emissions is a challenge that the industry is embracing and can deliver on. This is by no means the world’s first energy transition, and it is unlikely to be its last.

Ashraf Al Tahini
Saudi Aramco
Ashraf Al Tahini is CEO for Saudi Aramco Upstream Technology Company (SAUTC) and also the Manager of EXPEC Advanced Research Center at Saudi Aramco. Prior to his current role, he was the R&D Director for Aramco Services Company in the U.S., responsible for overseeing the strategic direction and operations of Aramco’s research centers in Boston, Detroit and Houston. Mr. Al Tahini currently manages Saudi Aramco Upstream Research, responsible for a large research and innovation portfolio including the company’s global research centers in Houston; Boston; Thuwal, Saudi Arabia; Delft, The Netherlands; Aberdeen; Beijing; and Moscow. He earned his PhD and Master of Science in petroleum engineering from the University of Oklahoma. He holds a Bachelor of Science in chemical engineering from King Fahd University of Petroleum and Minerals, Saudi Arabia. Mr. Al Tahini is a member of several professional organizations and has received awards and recognition for his work, including the 2018 Society of Petroleum Engineers (SPE) Distinguished Member Award.
Related Articles FROM THE ARCHIVE