(Bloomberg) — The smallest oil producer in the Persian Gulf is turning to natural gas imports to meet rising energy demand as production from its own deposits slips. 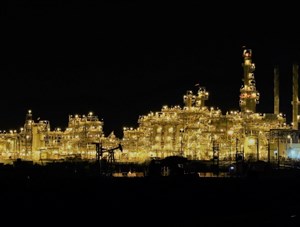 Bahrain plans to import at least five or six cargoes of liquefied natural gas in 2025, according to Mark Thomas, chief executive officer of Nogaholding, which manages the country’s oil and gas infrastructure. The country may take a cargo of LNG in 2023 to test its infrastructure and plans to buy three to five cargoes in 2024 to meet surging demand during the summer months, he said.

Middle Eastern oil producers like Saudi Arabia and the United Arab Emirates are ploughing billions of dollars into finding new gas resources for their expanding chemical and industrial sectors. As OPEC’s first and third-largest producers they can pump as much as 12 million and 4 million barrels a day, respectively. Bahrain is just a fraction of that and faces similar problems as it develops new, gas-dependent industries to bolster growth.

Bahrain is at the “tipping point between supply and demand” as declining output will struggle to keep up with consumption unless the island nation can develop new resources, Thomas said in an interview Monday at the Middle East Petroleum Gas Conference. Bahrain is working with two international oil companies on exploration of unconventional offshore gas fields, said Thomas, without identifying the partners.

Nogaholding is seeking an independent financial adviser to review the debt structure of the country’s oil businesses and to determine whether to sell assets to raise funds.

Bahrain’s energy minister, speaking at the same conference, said the government would decide on a strategy to help fund further expansion of industry in Bahrain. That comes after Saudi Arabia sold shares in state producer Aramco and Abu Dhabi listed some of its oil assets.

“Since Aramco did the IPO, everything’s been on the table as a means of increasing the capital sources,” said Sheikh Mohammed Bin Khalifa Bin Ahmed. “We haven’t decided as a government yet to do anything, it’s on the table.” The plans will expand “our ability to finance our projects like chemical plants and various projects will see the light in the next five years.”