(Bloomberg) – The Biden administration is strengthening its plan for limiting methane emissions from oil and gas wells after environmentalists panned an earlier version as too weak. 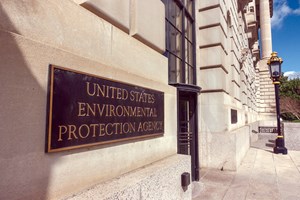 The Environmental Protection Agency advanced the supplemental proposed rule on Friday, hours before President Joe Biden was set to tout US efforts to fight climate change at the COP27 summit in Sharm el-Sheikh. The proposed regulation would require energy companies to do more to stifle leaks.

The measure, which isn’t set to be finalized until next year, responds to criticism by environmentalists by strengthening leak-detection-and-repair requirements for small oil and gas wells and by establishing requirements for abandoned facilities.

“All well sites, regardless of their size, will be regularly monitored and checked for leaks,” EPA Administrator Michael Regan told reporters at the UN conference in Egypt. That marks a shift from the initial proposal unveiled last year, which included exemptions for some wells.

Changes in the proposal would ensure regular inspections even at low-producing wells, which can be an outsize source of methane. And a newly proposed “super-emitter response program” would require oil and gas companies to respond to credible third-party reports of high-volume methane leaks at their operations. That’s an initiative that could empower activists who now use specialized and other technology to track methane plumes and venting wells unseen by the naked eye.

The tightening-up comes amid a surge of international action to quell emissions of methane, a particularly potent greenhouse gas estimated to be at least 80 times more powerful than carbon dioxide at warming the atmosphere during the first 20 years after it is released. The EPA estimated that in 2030, the proposal would reduce methane from covered sources by 87% below 2005 levels.

“This supplemental proposal really pushes the envelope on every single thing we can do to achieve this 87% reduction,” Regan said.

Environmentalists cheered on the changes.

“As well-intentioned as last year’s proposal was, it essentially exempted too many wells,” said Darin Schroeder of the Clean Air Task Force. “Overall, these updated standards should lead to increased methane emissions reductions.”

Anne Bradbury, chief executive officer of the American Exploration and Production Council, said the industry group appreciates EPA’s inclusion of some of its recommendations but is still digesting the full proposal.

“We still have concerns that should be addressed to make key provisions truly workable, but we will continue to work with EPA on meaningful solutions,” she said.

The American Petroleum Institute (API) said it looks forward to reviewing the proposed rule in its entirety and will "continue to work with EPA in support of a final rule that is cost-effective, promotes innovation and creates the regulatory certainty needed for long-range planning."

The proposal would not completely end routine flaring, where natural gas is burned at oil wells. However, it aims to curtail the activity by limiting it except under certain circumstances, such as when service lines aren’t available to transport gas away from wells. The measure also would set a zero-emissions standard for equipment known as pneumatic pumps, an expansion from the earlier proposal.